Hello all! I’m Plucky from Plucky’s Second Thought…but most call me Jess. 🙂 Why “Plucky” you may ask? Well, it was a nickname when I was younger and it was one that was never forgotten! At Plucky’s Second Thought I try to post easy craft projects and recipes that anyone could accomplish. Yep, you don’t have to be Martha Stewart or Rachael Ray to attempt anything on my blog! There are also a variety of travel and product reviews as well as some awesome giveaways and link parties! 🙂

Sandwiches tend to get old right? That’s why you’re going to LOVE making this remix of a sandwich! It combines all of the adult tastes we love, mixed with the child flavors we’re used to. Remember those fried bologna sandwiches our grandparents used to make? Well this is a similar concept but OH so much better! 🙂 It’s spicy, sweet, and delicious! 🙂 ENJOY!

What a way to dress up a sandwich! I’m good with anything fried and salami sounds awesome. Thank you so much for sharing your creation with us Jess. 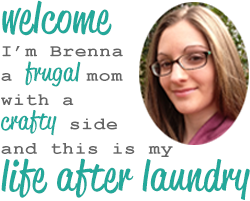